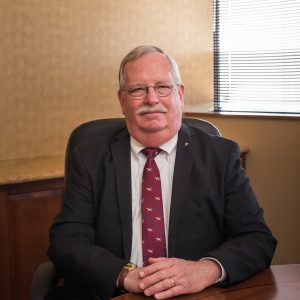 Jack practices primarily in the area of commercial bankruptcy and litigation but has broad based legal and trial experience. Prior to becoming of counsel to Ferry Joseph, he was a partner at Ciardi, Ciardi & Astin, and special counsel in the restructuring and bankruptcy department of Young, Conaway, Stargatt & Taylor.

He also served as a senior staff attorney to the United States Trustee and is a recipient of the Director’s Award for Excellence in Legal Advocacy from the United States Justice Department. He is a member of the mediation panel of the U.S. Bankruptcy Court for the District of Delaware. Jack participates as a pro bono lawyer for the Military Assistance Project, for Delaware Volunteer Legal Services and as a guardian ad litem for the Office of the Child Advocate and has lectured at both the Delaware Law and Temple University Law Schools. He held the rank of captain in the United States Army and served in a number of assignments both domestically and abroad. He is active in multiple roles as a Boy Scout leader, with over thirty years of scouting experience, and serves on the Archdiocese of Philadelphia Catholic Committee on Scouting.